Think Your Dog is Jealous? Here’s What You Can Do 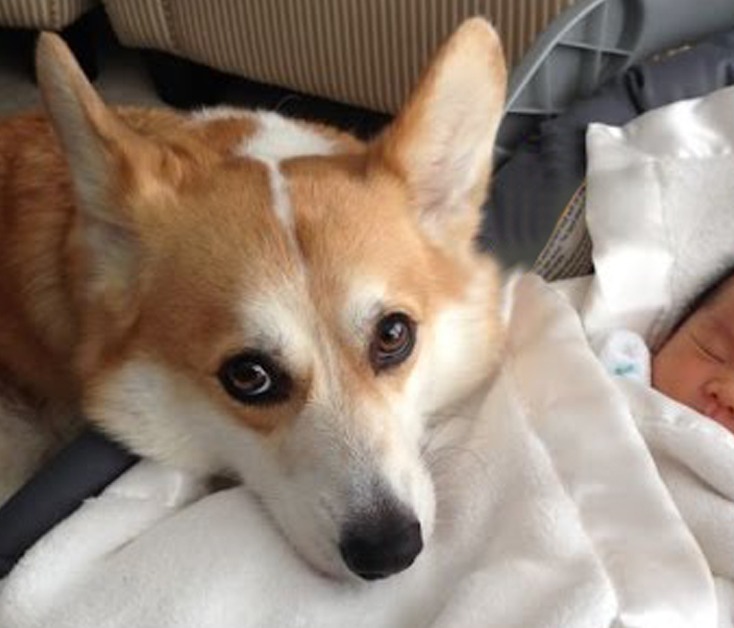 Do dogs get jealous? Many dog owners will say: absolutely! From adorable newborns and wrinkly puppies to the introduction of a second pet, dogs seem to feel jealous of anything that takes the attention of their beloved humans away.

But even with the anecdotes of dog owners, scientists haven’t always been so sure. Are our dogs capable of complex emotions like jealousy? Can they act out of spite when they’re green with envy? Or is there something else going on here?

In this BreezeGuard article, we’re going to explore the fascinating question of doggy jealousy. And, we’ll provide some tips on how to reassure your pup that there’s nothing to be jealous of!

What does science say about dog jealousy?
For many years, scientists assumed that dogs, like most animals, were only capable of primary emotions, such as joy, fear and disgust. A dog hears a loud noise, and they feel fear. They taste something rancid, and they feel disgust.

Other emotions, the so-called secondary emotions, are more complex. Jealousy, guilt, resentment, and regret require a level of cognition that we didn’t think most animals were capable of.

But then, a groundbreaking study from UC San Diego suggested that dogs were, in fact, capable of jealousy. In the study, participants were asked to turn their attention to other objects—a realistic stuffed dog, a Halloween toy, or a book—and record how their pup reacted.

Could this be jealousy?

A 2018 study asked the same question, but this time, with real dogs instead of stuffed animals. They had dog owners pay attention to familiar and unfamiliar dogs, as well as other objects, while their own dogs watched. They found that, while the dogs didn’t seem to care when their human was focused on a non-dog object, seeing their human with other dogs was a different story. As in the previous study, the dogs tried to win the attention of their human by getting between them and the other dog.

Researchers concluded, once again, that dogs could feel jealousy, especially when their humans were focused on another animal.

Why do dogs feel jealous?
Now that we know that dogs are capable of jealousy, the next question is, “Why?”

Scientists are still trying to figure that part out. They suggest that it could hark back to our dogs’ wild ancestry, when puppies had to fight for attention from their parents just to survive. Another theory is that dogs picked up the habit during the domestication process, when the relationship between human and dog became the primary motivator for our pups.

We’re still learning about why our dogs get jealous and what’s most likely to set them off. But one thing is likely: dogs probably don’t experience jealousy for the same reasons that we do. Instead of jealousy based in self-esteem or insecurity, our dogs probably feel jealousy as it relates to their access to resources, affection, and attention. It’s not quite as deep, in other words, as our own feelings of envy.

How do dogs act out their jealousy?
We mentioned some of the clear signals that dogs will use to convey their jealousy, such as interrupting behavior and aggression towards the object of their jealousy. But, there are a few other tactics that a dog might use to bring the attention back to them:

Now, we want to be clear that these behaviors may be the result of jealousy, but they are not spiteful acts. Your dog isn’t urinating in the house to get back at you for petting the neighbor’s dog. Instead, jealousy makes your dog feel stressed. Their natural instinct might be to assert their territory or try to win back your attention.

What can you do if your pup is feeling jealous?
Because your dog is acting out of stress, it’s important not to punish your pup, which could exacerbate their anxiety. Instead, try out a few simple things that can ease your dog’s feelings of jealousy:

Helping your dog overcome their jealousy takes time. And, to be honest, your pupper may always want to be the only dog you pay attention to. But with some understanding and small changes, you can ease your dog’s jealousy and show just how much you love them!

I installed BreezeGuards on my Honda Odyssey minivan today. Love them! They are going to work very nicely to keep my 18-month old Bernese Mountain Dog from going out the window to chase a squirrel again.~ Melanie K. I love my BreezeGuards! So do most of the dog owners who see them on my car. I give them all of them your business card! ~ Nancy N. I have never posted any testimonials before about a product but because I was so impressed with your invention I found myself posting a photo of the BreezeGuards on my car and a testimonial to Facebook so that all the people I know could see them….hopefully this will generate more business for such a brilliant invention. ~ Sheila T.

My husband and I bought a set of BreezeGuards a few months ago for our Subaru, and we just recently bought a truck. So now...I get to buy another set (because they're great!) and it's going to be a hot ride for the pups when we have to make stops.~ Allyss J. We train police, corrections & home protection dogs in Ohio. I recently got your screens for one of my cars and love them. ~ Krishea O. As you know from my previous orders, I'm a big fan of your BreezeGuards! My 2010 Toyota Corolla was hit from behind and totaled but the BreezeGuards were only slightly bent...a testament to their sturdy construction! I hate to see them just lying around, if someone else could use them. ~ Natalie P.